Don’t let them take it from you; the mystics and gurus, the rationalists and reductionists. Don’t let them steal your eyes away from the direction of truth. Let them have their theories and their letters and robes and fetters, you don’t need them. You never did.

You can do this. Just you. Because it always had to be just you, no one can ever carry another to truth. They can share insights and goodness knows we all need pointers at times. Reminders too. But you have to walk the path alone. The path that leads nowhere. The path where the final step is realising you never took the first one. No one did.

It’s a trap, you see. The mystic mumbo jumbo and all of the hoary antiquity, the historical heroes of spiritual realisation. You’ve got to see they were just like you. Just as lost as you at one time, maybe even for a long time. But something changed for them. It changed as a result of their persistence, because they didn’t give up and rarely if ever stopped. 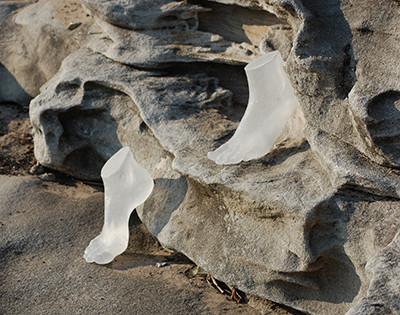 Once Removed by Robert Barnstone

Do yourself a favour, keep it to yourself. Don’t declare it, don’t even tell anyone if you can help it. Keep it quiet but keep it alive. Keep looking. The sense of separation is an illusion. And there’s one thing all illusions have in common. If you look long enough and hard enough, you see through them. Remember the old line, the one about fooling some of the people all of the time? Well you’re not those people because you’re already looking, and you can’t be fooled all of the time.

There are fundamental principles on which all that arises is based. The first is that all changes. Always. So if you’re stuck for a starting point, use this. And by ‘use it’ I mean really look closely at everything until you Know it changes, until you know that it is change. It is life changing.

If you go far enough with that fundamental you’ll come to the second one all by yourself, which is that nothing is ever really separate. But don’t start here. Until you see that all changes and that there’s no more point clinging to anything than there is to holding smoke in your hand, it probably won’t be enough.

So start here, start with change as the nature of all (manifest). Remember, you can do this. Without books, without teachers, without mantras or aids, you can do it. Keep yourself pointed at it. Just tell no one. And don’t stop. You’ll know when.