Do you want it to mean something? Do you believe it can help make sense of your life? Do you seek answers? Do you believe there are those who can provide them? Are you looking for a point?

Is there a chance that you’re really seeking a better, truer story? Aren’t all stories really a reflection of the dream state? When you’re awake in this moment do you have a story at all?

Then what are you seeking?

Waking up is letting go of our attachment to, belief in and identification with all stories about this (This).

Look up at a bird in the sky. What is its story? Right now in this moment as it flies, does it have a story? Is there a point to it? Does its life have meaning? Is there anything to it other than ‘birdness’?

So why leap from one story to another story? Why reject the stories of politics, materialism, cultural conditioning, and narcissism only to run after a spiritual story? Why sit with a guru and hope he or she will make sense of it? 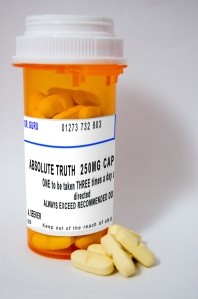 Sure, they give off an air of certainty, of unshakable belief. But is that based on a story? Do they have a better story that perfectly describes this and maybe if you listen long enough they’ll share it with you? Does that make sense?

When you look at someone fully awakened you’re looking at no-story. You’re seeing the expression of human experience engaged in this moment, seeing clearly without relying on thought to describe it or explain it. You’re seeing no belief in that which arises in the senses, including that which is cognised. You’re just seeing life.

Point, meaning, even the idea of truth are all stories in thought. They’re what gets added. They are not real, they reflect the changing nature of thought. But as long as we’re seeking some clearer thought/story, some version of events that explains this, then there is identification with thought as something real. Isn’t it absurd that we look away from what is there to try and see it more clearly by looking at a thought of it? It’s like ignoring a beautiful landscape in order to see how it appears on the viewfinder of your camera. A tiny, poor quality image rather than the splendour of the actual vista.

Is it so hard just to rest in ‘humanness’? Just to be present with this, as it’s arising without needing a story to explain it? Can’t we just take in this vista and embrace it? Accept it without having to add anything or make something from it?

There is no point to nature, it just is. You, this human experience, are included in that. You are nature, not separate from it. There is no point to you; nothing to get. You are part of this; part of the landscape. A bird, a cloud, a blade of grass, human; all just arisings, all aspects of this moving, shifting changing cosmos. All received through senses that act to relate parts of this in awareness. But we can use those parts to infer the whole rather than confirm separateness. This is seeing clearly.

When we feel and experience that from which all has arisen, that which sustains all, that which is life itself, its movement, all the expressions it takes, that which has no name but which was skilfully referred to as the uncreated, unformed, unconditioned we see that the expressions of This are just its expressions. It is the real and all else are appearances. And it doesn’t have a meaning. It just is. If you want to know it, stop thinking about it to see it.

4 thoughts on “Are you attached to Nonduality?”