Running becomes our habit doesn’t it? Hiding from the painful bits, the raw areas, the unpleasant sensations. The poor person you have to walk past, the pollution you have to inhale, the never-quite-right relationships. And perhaps beyond this it’s people that hurt us most. The gurus and mentors who seem so perfect at first, but who in the end turn out to be as flawed as we are, only usually richer. They might have perfected the smile that says, ‘I’ve won’ but the cracks are there just beneath the surface. Why do they do it I wonder. Complicated people.

When we’re young it’s less easy to spot; this basic flaw in the human life cycle. The game has only just begun, it’s too early to tell yet whether we’re going to win or lose. We’re too naive to realise the dice have already been loaded. Someone would have told us, right? Unless that someone’s too scared to admit to themselves, or too dosed up to notice.

But what about joy, what about laughter and love? Those things are real aren’t they? It’s not all doom and gloom?

No, of course it isn’t. Those things are real. But until we waken up they might only ever be infrequent visitors. The problem isn’t really life. It’s our relationship to it. It’s the fact that it’s unexamined. That we’ve never really looked at it. Well, maybe we did a bit in our teens, but after that, well, we’ve just been so busy. When do we get time? Until time runs out. 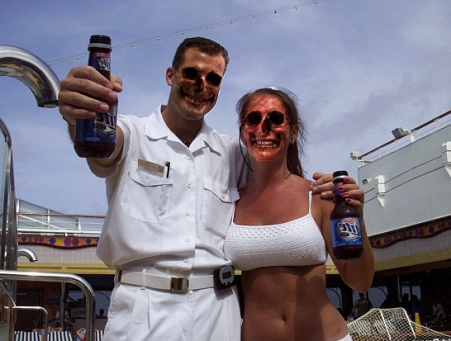 So there’s a choice here. Life is full of choices, you’ll notice, and this is another one. I’m not going to sugar coat the pill, you’ve had enough of those already. You either make the effort to wake up or you decide to stay asleep until you die.

Oh, you thought you were already awake? Well you’re not. Your life choices show that even if you think otherwise. The fear, the anxiety, depression, numbness, bouts of anger, perhaps worst of all that nameless feeling like you’ve missed something somewhere, something important. Did you think that was normal? Do you really think it has to be that way?

It doesn’t. I’m not going to say anything about what the alternative is like because then you’ll just create another fantasy about what that must be like and it won’t be any closer to the truth than any of your other fantasies. But it doesn’t have to be that way.

This isn’t really about change. Change happens anyway, the world is continually changing and so are you. This isn’t about change as much as it’s about clarity. You lead an unexamined life. You might have tried at times to consider some of the bigger existential questions, but you never went too far with that. Life and routine sucked you back in. Now you’re here wondering if there is more, if this is really it or if there is something real, something deeper. Is the truth really knowable, and if it is, is it knowable by me? That’s pretty much the question, isn’t it? Obviously you know what I’m going to say; the answer is yes.

Agreeing is easy isn’t it? Every time I try and persuade my sleeping partner that it’s time to wake up off the couch and head to bed the first thing she does is agree. She does it with her eyes closed and her feet still curled up. Because she’s comfortable, and somehow, perhaps, if she agrees there’s a chance I’ll stop asking her and leave her to snooze. That’s what she really wants. Or rather that’s what she thinks she wants. But if she did wake up at four in the morning, cold and cramped on the sofa, she wouldn’t be too impressed that I’d left her that way. So I keep trying. And here I am, keeping trying.

So start right here: make a mental list as you go through your day of all of the things you think you need for your ideal life. All of it; really put it together. Now in real life look very, very closely at the real people who have some of those things. The people who’ve ‘made it’. Don’t look at the surface, look closer and ask yourself whether they really are happy, happier than you. Are their lives filled with peace, joy and contentment? Look closely at their faces, their demeanour. What do their eyes tell you, and be honest about what you see. Try and see through your fantasy to their reality.

The problem is, in this vast sea of life, away from any shores, you’ve set off in the wrong direction. And until you see that you won’t make any effort to turn the ship around. You’re a passenger on deck on the journey of your own life, forgetting that all journeys have a beginning, a middle and an end. Because it doesn’t matter how nice you make your cabin, when the ship docks you have to get off and leave it all behind.

You need to stop being the passenger. You need to understand this ship, to know how it works, to get below decks and see what makes it go. Because until you really understand it, until you become an expert at it, you’ll always be a passenger.

5 thoughts on “Let’s not sugar coat this”