Preamble: Rather than qualify every individual statement in this post, let me say that nothing written here should be taken as an assertion. These are just invitations to look and consider and if they are helpful please feel free to make use of them; if not then equally, feel free to set them aside.

One of the challenges we face in the West is that our language and vocabulary, as vast as it is, is mainly secular. There isn’t a lot there to help us engage with some of the more subtle or abstruse aspects of looking deeply at life and the human experience.

In fact this can also be said to be true of Eastern traditions such as Buddhism. Although many of the Pali terms we now fail to translate can be seen as a technical language, specific to the Buddhist tradition, some were in fact based on everyday life. For example Nibbana describes the process of cooling, and might be used to refer to the way a bowl of rice cools after cooking. Dukkha, much mis-translated as suffering is derived from two words, ‘kha’ meaning the hub of a wheel, and ‘du’ meaning bad or in this case off-centre. As anyone who’s been a passenger in a vehicle with an off-centred wheel can testify, it goes continuously up and down, as does life. So dukkha implies life can never be all one way or another, it goes up and down.

In current Western spiritual teaching one of the words we hear repeated over and over again is awareness. We get told that it’s all awareness, that awareness is all one and so on. Bringing attention to awareness can be very helpful, it can highlight that the nature of awareness is not conditioned by that which arises within it. But it can also lead to confusion. ‘Why’, we might reasonably ask, ‘if all is one in awareness, can’t I feel what anyone else is feeling?’ 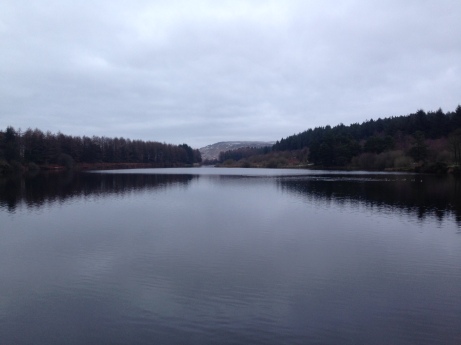 Let’s first point out one simple, fundamental truth; awareness is not the absolute. From a non-dual perspective the source or absolute can be experienced but it is not awareness. It might be said to give rise to awareness, as it gives rise to all, but it is not awareness. Awareness requires manifestation to be present. That which is the source is not manifest. I know this might sound like splitting hairs but it is nonetheless true. That which is the ground of all has no attributes; that which we label as awareness requires some subtle or less subtle manifestation through which to arise in order to be present.

We can’t conceptualise awareness, it’s not within the ambit of the commentary nature of thought to hold awareness within it or to describe it. We tend to consider that we know things through thought, which isn’t actually correct. In fact the ‘level’ on which knowing occurs is beyond thought, much as awareness is. Despite our Western paradigm to the contrary thought merely describes and commentates; it models and reflects, it doesn’t create and it doesn’t know. One of the limitations of thought is that it can only reflect that which is manifest, i.e. a thing. So we can’t turn awareness into a thought, as it’s not a thing as such, but perhaps we can analogise it sufficiently to make it a little clearer.

Awareness is a bit like the brightness of the day. As we look through our window we can see the brightness of day. It is evidentially observable; we see it shining on the trees, the grass, the buildings. In fact we only know these things at all because of the brightness. Were it fully dark would we see any of it? The brightness is not a thing, and it’s not even an aspect of that on which it shines, yet it illuminates them all. Can the brightness of the day be said to exist between the objects on which it shines? Well, not really. We could perhaps at a stretch say it does exist in such spaces in potential, but even this could mislead and miss the point. The point being, that just because something can be objectively observed, doesn’t make it a thing (or an aspect of a thing).

We may not realise we’re doing it, but part of the confusion that arises comes from considering awareness in some way to be a thing. Then we ask, ‘Why is my awareness separate from your awareness?’ and so on. In fact there is no ‘my’ awareness and ‘your’ awareness. Awareness only feels like ‘mine’ because it is identified with this human experience. The reality is that this human experience is not a thing, it’s really a collection of processes rolling along together, illuminated by awareness much as the brightness of the day illuminates that on which it shines but is not conditioned by them. This human experience is all about verbs and none of it is, in reality, a noun. Look closely at any aspect of this ever changing form or experience and you’ll not fail to recognise this is the case.

Let’s use another analogy to fill in the missing pieces. Imagine you and I are standing on the bank of a river near the estuary where it joins the sea. We can both agree that what we are looking at is a river. Likewise we are both in accord that a little way off is the sea. Yet try as we might, can either of us point to the exact spot where the river becomes the sea?

In this sense, would we ever ask the question, ‘Why can’t the River Thames flow across the channel and flow up the River Seine?’ Clearly not. We can see straight away that the River Thames is only a label; and the label has no meaning when it reaches the sea. There is no Thames in the sea as there is no Seine because in reality, neither of them exist separately, it’s just more convenient to label them as if they did in our everyday communications.

So can awareness identified with this form ever experience awareness identified with another form? Once we recognise that the label of ‘my awareness’ only exists in thought and not reality then, when we let go of the identification of awareness with ‘this’, it has no meaning to conceive of it experiencing awareness of ‘other’.  It makes as much sense as imagining the Thames flowing over the Channel and into the Seine – it can’t because it’s only a label, and neither Thames or Seine or the Channel exist as separate to begin with, they only appear that way when we attach to the labels ‘Thames’, ‘Seine’ and ‘Channel’.

‘My awareness’ is only a label in thought, it doesn’t exist in reality any more than does ‘River Thames’. It’s only ‘my awareness’ when I’m identified with this rolling human experience as some sort of separate thing; as a ‘me’.

Please note that we’re not denying anything here, we’re simply observing the role of a label compared to the experience in reality. We’re not saying there is no river or no human experience, we’re instead noticing its true nature is not one of separation or being a separate ‘thing’.

When we look in this way we see that one of the issues we’re addressing here is that we’ve become so attached to the models and reflections of thought, we lose touch with the reality of the present moment experience of what is. We seek simple solutions in thought to experiences that thought could never hope to capture. That’s not a criticism, the tendency to do so is a reflection of the stage of life in this place at this time; it’s the nature of This to be this way. But when we recognise it is a pointless and unnecessary exercise, we can let go of our slavery to thought and directly experience the fullness of This without any labels, simply as it is. When that happens we have the potential in time to see much more clearly. And that’s all freedom really is; seeing clearly in the moment.