I was interviewed recently about happiness and the interviewer asked me to look back at the ups and downs of my life. I guess that stirred up a lot of memories because this really isn’t what I sat down to write today, it’s just what came out but maybe it’s worth saying because it underpins everything that followed and that eventually led to the shift we call awakening.

Back then I thought I was the guy who was going to get away with it. I took risks, made decisions that make me cringe in hindsight and on several occasions really, really rode my luck. My life was heading in a direction that brought more and more difficulties my way until eventually I hit rock bottom; my rock bottom anyway. I was in a mess and there was no alternative, no escaping the clear realisation that change needed to happen. The stupid thing is, even then, even at that lowest point a tiny part of me still clung to the notion that I might just get away with it, with some of it anyway, maybe just a little bit. I guess I’ve always been stubborn.

I couldn’t and didn’t admit this to myself of course. On the surface things changed, I cleaned up my act. With the help and support of family and friends I put my life back together and got back on my feet. Things went along okay but of course life doesn’t let you off with it. There are stresses and anxieties that come our way; all the usual worries and problems that can happen on any given week and little by little bad habits began to re-emerge. 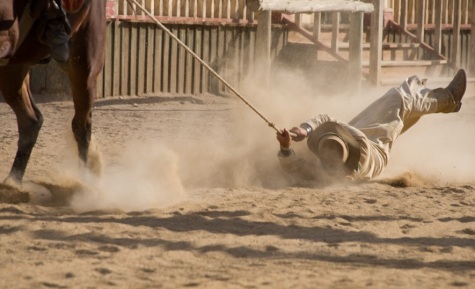 Then one day, a Tuesday I think, I paused halfway between the corner shop and my car, box of wine in one hand, snacks in the other and it hit me; one crystal clear thought that cut through everything else: I’m not going to survive this.

The absolute certainty of it was unshakable, I had no doubt. This was simple, bare truth. That last grain of resistance, my last hope that I could ‘win’ crumbled right then.

I was lucky in a way that some years before I had come into contact with Buddhism and laughable as it might sound given my lifestyle, I still more or less considered myself a Buddhist. But it gave me a starting point and I took it. Within a week I had contacted my local Buddhist monastery and made an appointment to visit. That first conversation with a very kind and gentle monk was the beginning of a genuine change. It was the start of something, maybe you’d call it a journey or a path but it was no more this than anyone’s life is a path; we’re all on a path of sorts, aren’t we?

But it really began with an epiphany on a pavement; the point at which I realised winning isn’t possible. The point at which I started to grasp what Buddhists call Right View. Yes, I couldn’t deny the Buddha’s first Noble Truth: existence does lead to suffering, and yes I could see I’d brought much of this on myself. Who else got me here?

On the tail of realising that this life isn’t winnable came, what was for me at the time, a harrowing and depressing realisation that there is no refuge from it either – nowhere to go to escape, not even in death. No monastery, no retreat, no teacher or perfect partner – no one could save me from it. No one could save me from life. I had to face it, and really I had to face it alone. Oo that was a tricky one; a really difficult patch for me.

The point is, I think this realisation made everything else possible. As long as I was clinging to the notion that life was winnable, as long as I thought there was somewhere I could go to escape, I was only ever dabbling at ‘spirituality’ or trying to ‘realise truth’.

I think the reason I’m writing this and that it needs to be said is because I see others from time to time still clinging to this illusion that somehow you can fix life, make it work and everything will be fine. Like pigs in the slaughterhouse trying to find some strategy to make it all okay. There’s nothing wrong per se in trying to do it, and goodness knows a positive attitude is a better way to get through the day, but it largely won’t make any difference. No one leaves alive.

Tough truth, but a necessary one if you’re going to put any energy into this. Has anyone ever awakened without starting from a place of suffering? I wonder. Because you can’t straddle both approaches; you can’t realise the illusory nature of self and other, of all apparent arisings, while still clinging to them out of a kind of misplaced affection or some half-noticed attachment.

This form is a temporary arising. Temporary.

I would hate to think that you only realise the utter banality of, ‘Yeah, but I still really like…’ when you’re heaving out your last breaths on your death bed. Realise it now. It’s temporary. Let it go. It doesn’t mean anything. Enjoy but don’t attach. Dislike but don’t attach. This changes; notice the change. Be present with This as it arises, however it arises and let go of everything else.

Don’t expect. Never expect. Just see: it is this way. Staying awake in the present is the vehicle by which everything is seen through and let go (in that order). Little things are seen through, big things, at some point the illusion of self is seen through, then the illusion of other; these underpin the tendency towards desire and aversion and so these fall away along with attachment to things, to beliefs, to being the wise knower, to any condition having significance and finally any identification with this temporary arising, formerly known as me as being any more distinct than a blade of grass in a field. Don’t worry if you didn’t get all of that, it’s a quick skip through the Ten Fetters and it can take years to make sense of it all. I’m just too lazy to write it out long hand right now. Besides I’m sure others have said it better.

Yes, I was sitting down to write a post about how we take snapshots of other people’s lives and label them ‘success’ or ‘failure’ and that really everything is constantly changing so these labels don’t stick. Like the old Post-It note on the side of your monitor that keeps falling off until you finally read it again and realise you don’t need it anymore. These labels have a very limited shelf life, so really, why bother? Anyway, that’s not what came out, it’s what I thought would come out but that’s okay, and I guess it kind of proves my point – don’t expect and don’t attach. Maybe what you think is going to happen will, maybe it won’t. You don’t know but either way you’re right here, right now, so how is it now? Be present with that, that’s your reality, not some thought about should or shouldn’t.

You can only act now and so you have to see this moment clearly in order for the actions that arise to reflect this clarity, not some expectation or assumption. Be still and see. Go with the change, or as they say in Zen, let go or be dragged!