With that proviso in place, awakening, like the realisation that leads to it is surprisingly simple. In fact the single largest obstacle anyone engaged in the inquiry to know or realise truth faces is the staggering simplicity of it. It is true to say that every step you take to find truth in effect leads you away from it because it is the nature of the beingness that was, is and ever will be present; thus was already there at the beginning.

However, as that simple rendition of truth might be unhelpful allow me to enlarge on one of the main aspects of the challenge that keeps you from realising this simple fact. Actually I think an analogy might be useful here so bear with me. Several months ago my partner’s mother called us in a mildly distressed state to say that her Carbon Monoxide detector had been going off and she didn’t know what to do. We offered some immediate advice and then as soon as the shops were open the next day, bought and delivered to her a new one.

It was only when we inspected the supposedly faulty unit and found it to be in perfect working order that we began to realise what had happened. The sound she had heard hadn’t been a CO detector going off, it had been the by-product of a low battery in one of her hearing aids. She’d looked externally for the cause of a sound that was present in the very mechanism she was using to detect sound. 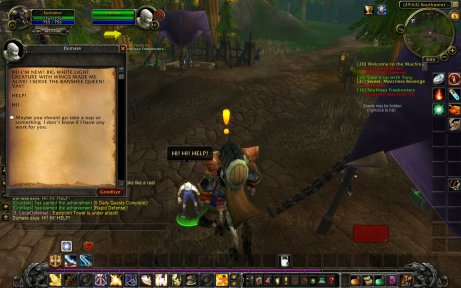 So what does that mean for us? Well, whilst we’re busy looking through books, watching Youtube videos, attending satsangs hoping to find that which finally reveals to us the truth, we never stop to consider that with which we are seeking to apprehend it. And that, in short is the problem.

It’s a question of perception. Now I know that word has many differing shades of interpretation applied to it so let me be quite clear in defining how I’m using it here. Perception is the process by which experiences get turned into things. [Remembering of course that there are ontological arguments that can trump this assertion from a number of perspectives, bear with me.]

Unless you are absolutely clear and have studied this process you will struggle to see anything else clearly. Let me state it again: ‘things’ are a product of the process of perception, as it turns sensory input into objects within and part of a world-view.

Don’t get me wrong, I’m not taking a philosophical position on whether the ‘out there’ is really out there, that’s not the point of this immediate inquiry so don’t get side-tracked into that. What I am stating and what I encourage you to explore (remembering never to accept any untested assertion), is that from your point of view, light comes in and a world is made (ditto for other senses). You create your world.

As you sit in a room with others, listening to one person speak, every listener has created their own version of that person happening in live time and – none of them are true – at least not in the absolute sense. They are conditionally true as an experience taking place but none of them are absolutely true, they are a creation of the process of perception. You might well want to stop and have a think about that for a few moments.

Okay, if you’ve had time to explore that for yourself, and I hope you have, then we’re ready to move on. If you’re feeling confused and unsure at this point it’s probably because you wandered off into the realms of speculation about whether the out there is out there, and not only did I suggest you don’t waste time with that, I should point out that’s exactly the sort of idea chasing that has led to much of your confusion i.e. if you recognise the [at this stage] unknowable when you see it this will go more quickly. 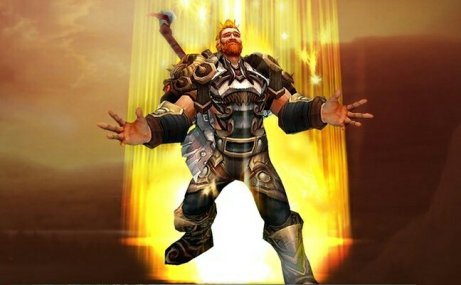 So, moving on. What happens next (remembering to verify this with your own inquiry) is that you now have a nice, fairly neat world-view full of things, most of which behave in a relatively predictable manner. However, there is an added layer of complexity to this world-view because not only is it full of ‘things’ but in creating them you have established relationships to them, opinions about them, views have become attached to them and this has led away from that which we might label as the simply physical into a whole other arena of things that we might label respectively as views, beliefs, opinions and identifications; the latter being by far the most troublesome.

It’s time for another analogy and as the one I’m about to use has been done many times before, in many different ways, I’m sure you’ll recognise it. Suppose for example you’re reading this on a tablet (assuming you’ve decided to save the planet by not printing it out). That tablet has a casing, a screen, an on/off switch and volume control, a battery and a frightening array of miniature electronic components and wires. Now if you took them all apart and laid them out on the floor would there be anything left? Would there be any ‘essence of tablet’?

Essentially that which we label a tablet is the combination of these elements when they’re brought together in a certain way, yes?

So, back to the second sentence of this blog – what is a human being? Whilst we might operate under the assumption that a human being has, aside from a body and senses, thoughts, feelings, opinions, views, tendencies, habits, beliefs and identifications and the awareness of all of these. If we similarly laid all of the parts of a human being out side by side, would we find some ‘essence of human’ that has all of these things? Do you believe that? If you do, are you certain? Are you willing to explore and question why you believe that, and then question the assumptions that that belief rests upon?

For those who have answered no you have a simpler task. You see, as long as the thoughts (ideas, beliefs… et al) remain in a nice, clear, organised, unchallenged pattern then as awareness arises in relation to (equally one might say through or as) each of these there is a recognisable familiarity to them, a comforting sense of me. I am this gender, this age, this nationality, this social class, this… whatever. I like this, I don’t like that, I believe this, I’m good at that etc.

In seeking truth you mistakenly start your inquiry looking at all of things within your world-view and wondering if you’ve got them right. Perhaps you’re even prepared to sacrifice one or two to replace them with more updated and accurate thoughts or beliefs. But you miss the crucial point. None of them are true. All of them are creations made real by the unnoticed process of perception. The hidden process that has been running since before recorded memory, developing patterns that in time turned into more complex patterns, that turned into things. And none of it is real, you made all of it.

Now I know that sounds an awful lot like solipsism but it’s not. We’re not questioning the ‘out there’, we’re not asserting that you alone exist and nothing is real, not quite. We’re simply noticing that your world is your creation.

I could get fully side tracked here myself and go into a long spiel about how this works and how things really are in more detail but I’m going to stay on task and I suggest you do too. 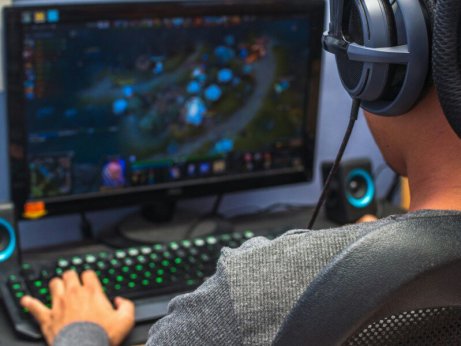 This is about awakening and what it is, so allow me to explain. As your process of inquiry unfolds, if you bring sufficient time and intensity to it, your views, thoughts, ideas, beliefs and those pesky identifications begin to loosen. As you start to see clearly, these neat and tidy thought patterns or habits become frayed, unstable, amorphous. But the sense of self, the sense that there’s actually a real ‘me’ is another one of those views, so as they, and your world view begin to shift and fragment, not only will you feel anything from mildly depressed to confused and insecure, at some point in this process the self-view that created the sense of a real ‘me’ becomes unsustainable and falls apart.

Now if you’re going through this process with intensity and drive that might be a dramatic shift or pop. If you’re taking it more slowly it might simply degrade and fall away over a much longer period of time, or a combination of the two.

On that note, this process of awakening really began with the start of your inquiry, not with the loss of a sense of self, and it goes on long after.

I could go on and say more but I expect you might be a bit fatigued at reading a blog this long by now so I’ll wrap up.

So there you have it. Leaving all mystical mumbo jumbo aside that’s awakening. It arises through seeing clearly how it is by which I mean seeing clearly how we see and the processes that comprise experiencing or knowing and the creation of a world-view complete with a sense of self. Feel free to use your own labels, mine serve me but why should you limit yourself to them? This is your inquiry after all. Good luck with it.